Titanium is naturally a high strength, low-density element with excellent corrosion resistance. It is quite ductile and hard, has a high melting point, and has relatively low electrical and thermal conductivity. Read More…

Titanium Forgings Titanium forgings are the product of a metallurgical process in which titanium is given a particular shape by the application of a strong compressive force. The pressure applied during the metal forging process shapes the titanium and also causes plastic deformation in the grain structure of the metal, so that the grain flow follows the shape of the piece. Thus, forging is both an efficient way of forming titanium as well as a way to improve its directional strength.

Anchor Harvey is a data-driven aluminum forging company with a century-long legacy in precision manufacturing, engineering, and supply chain management. We serve all industries in need of precision aluminum forgings, with an expert focus on aerospace, medical devices, recreational vehicles, and heavy equipment. Our process is designed to help our customers bring better final applications to market faster. Because at Anchor Harvey, it’s not what we make, it’s what we make possible. 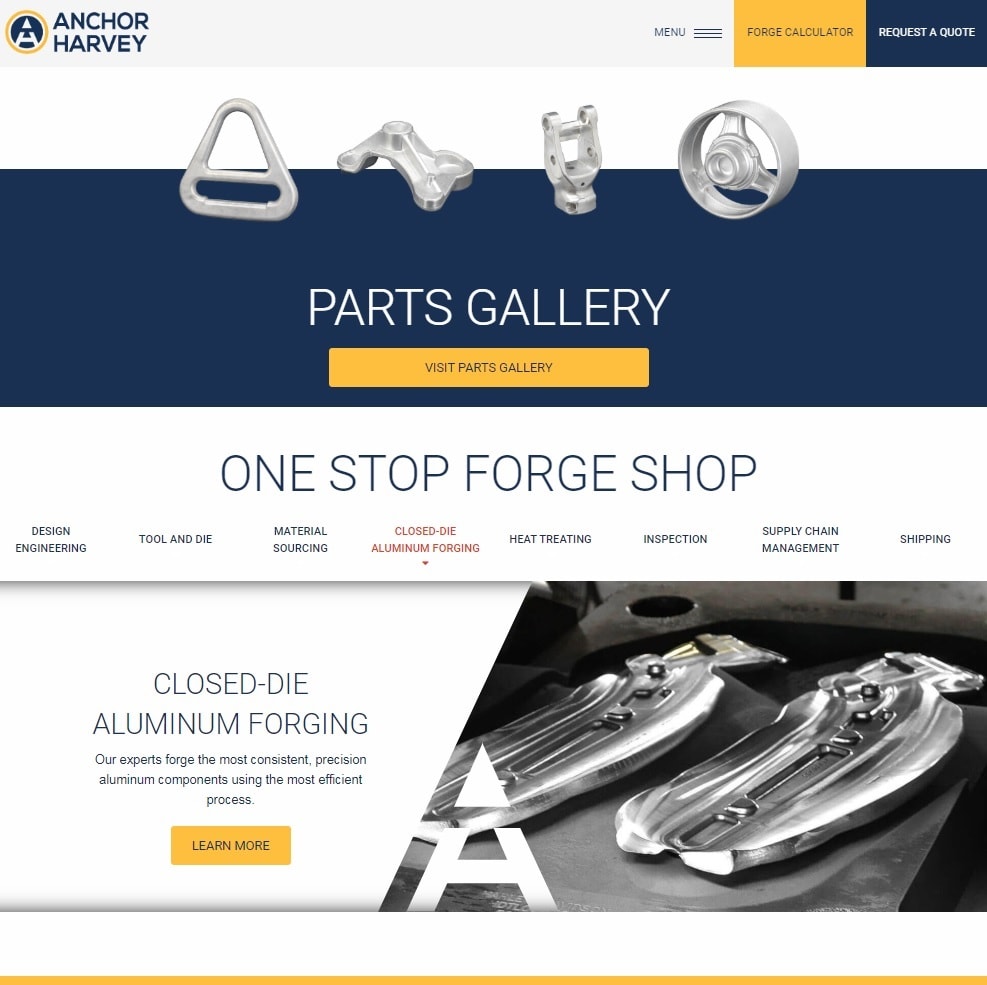 Although we have over 100 years of experience, we are committed to continually expanding our offerings in all industries. We are not content to remain as we are, but we continually work to improve our products and processes each and every day. We will work with you to create the ultimate products for your needs. Find out more on our website, or you can give us a call today! 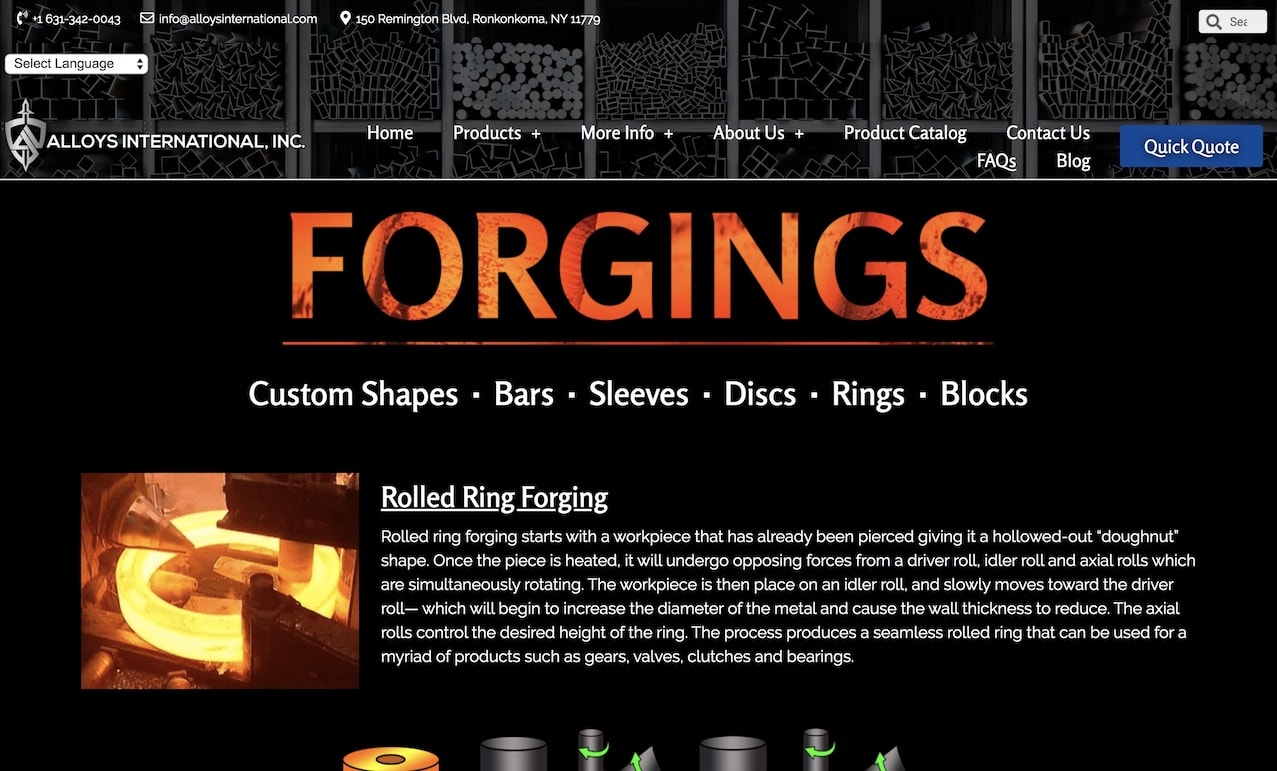 For over 30 years, we have provided metal forged products for a wide variety of industries, including the aerospace, military, food service, medical, and automotive industries. Our customers know they can trust our forgings for quality and affordability. We will never try to make you pay more than you should for our products. Contact us by phone or email to find out more! 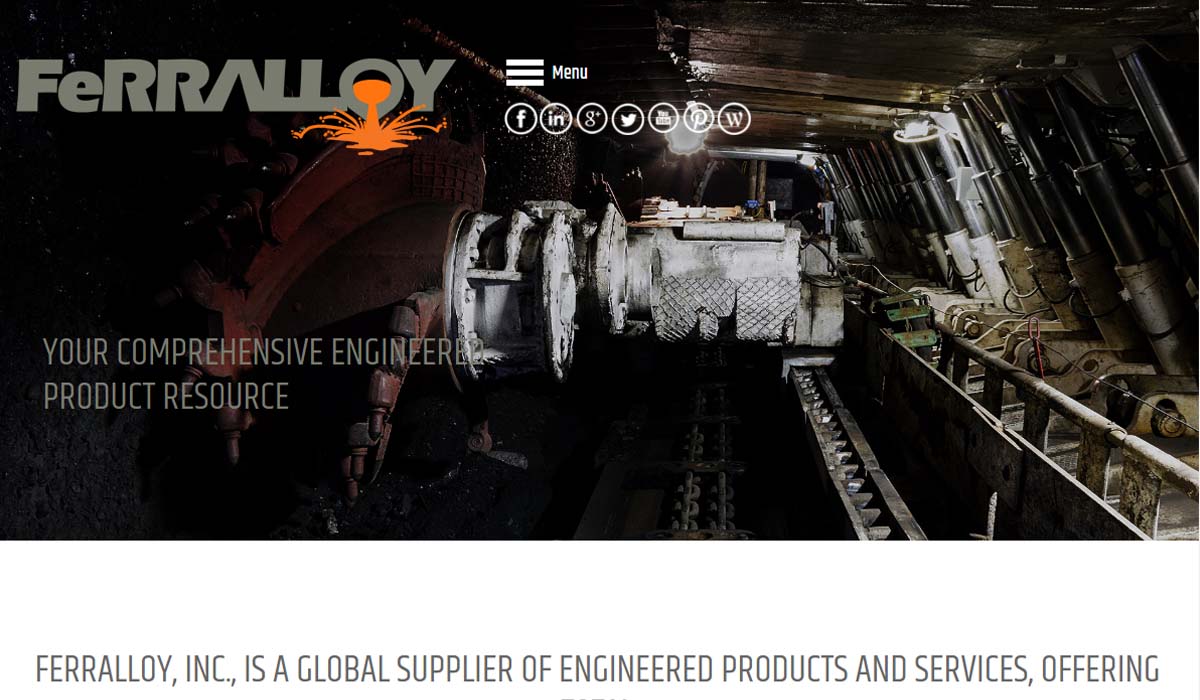 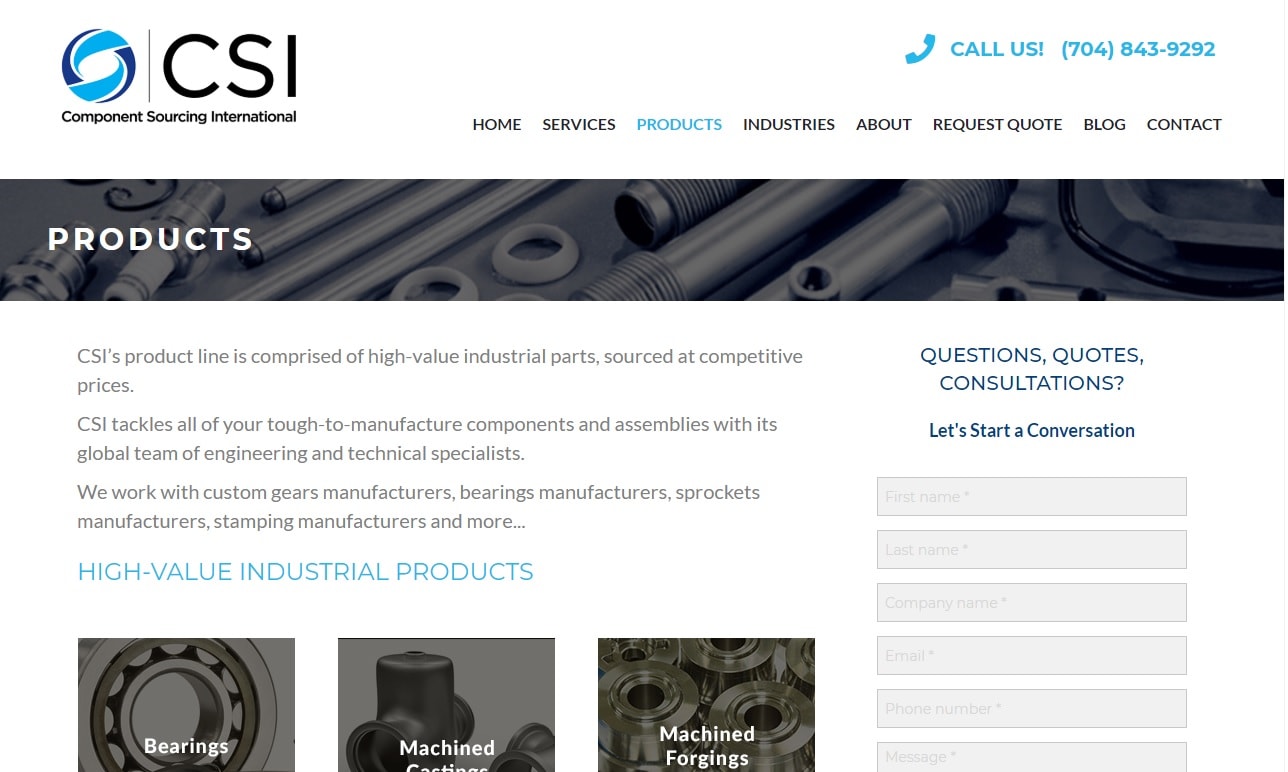 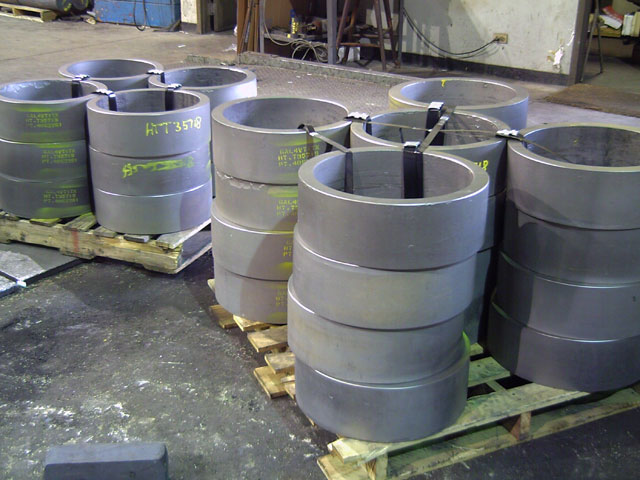 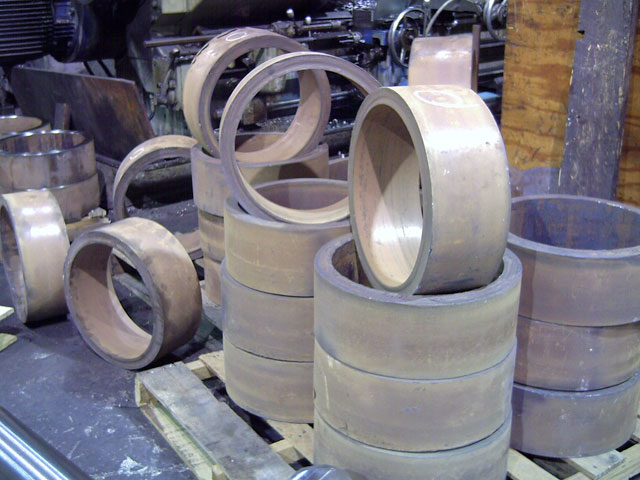 Because of their excellent strength-to-weight ratio, titanium alloy forgings are used in applications such as engine components and structural components for aircraft, ship components, and valves and fittings for the transportation and chemical industries, where corrosion resistance, optimal strength and low weight are needed.

The titanium forging process gives the metal a sophisticated structure that enhances its strength. Most often titanium forgings are created by heating a preformed piece of titanium or titanium alloy and then using a large forging hammer or press that forces the workpiece to take the shape of the die(s). Unlike in casting, the metal is not melted or poured; instead the forging process uses intense pressure to cause the metal to flow into the desired shape.

The process often proceeds gradually through numerous strikes, requiring an operator to move the workpiece through a series of impression cavities. A variety of equipment can be used to forge titanium. Drop forge equipment utilizes a massive drop-hammer that falls from above on the workpiece as it lies on a stationary anvil. In counterblow machines, both the hammer and the anvil move horizontally to impact the workpiece that is held between them.

Forging presses use mechanical or hydraulic force to apply continuous pressure over the course of a number of seconds; the stroke time is much slower than in drop forging, but in most cases only requires one pressing per part. Whatever the particular forging method, titanium forgings make light-weight, high-integrity components capable of performing well even in harsh environments.